Resources – If you’d like to learn more about the GLC Story project, take a look at these:

Read this short zine based on the oral histories we collected:

Listen to the recording from our launch in December 2015, with Linda Bellos, Hilary Wainwright and Loraine Leeson on the panel.

Watch this video from the drinks we cohosted for the 30th anniversary of the GLC’s abolition:

Read our report reflecting on our oral histories project:

Listen to a talk by Natasha and Debs about why the politics of the 1980s matters today – Part of the Culture, Power and Politics open seminar series in May 2016. Tasha and Debs start at 1 hour 46 minutes

Watch this video from our oral history training day, October 2016.

‘Right to be here: a campaigning guide to the immigration laws’

If you’d like to learn more about the Greater London Council itself, take a look at these:

Newsbeat spot on the abolition of the GLC from March 31st 1986.

Featuring an interview with the GLC-funded music duo Ova. Uploaded by the Women’s Liberation Music Archive.

Recording from an event from October 2015 at the Bishopsgate Institute, with Ken Livingstone and Andy Beckett talking about the legacy of the GLC. 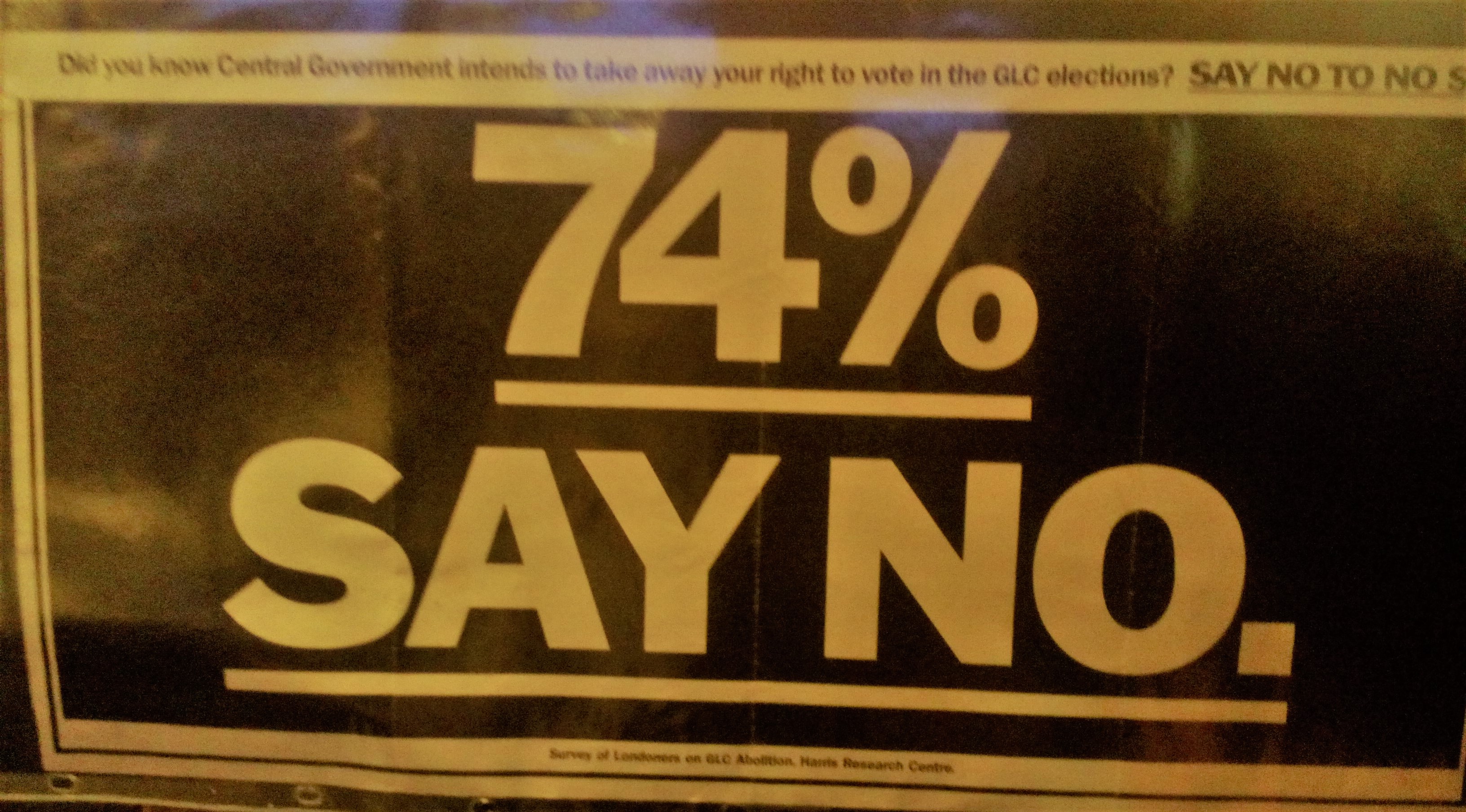 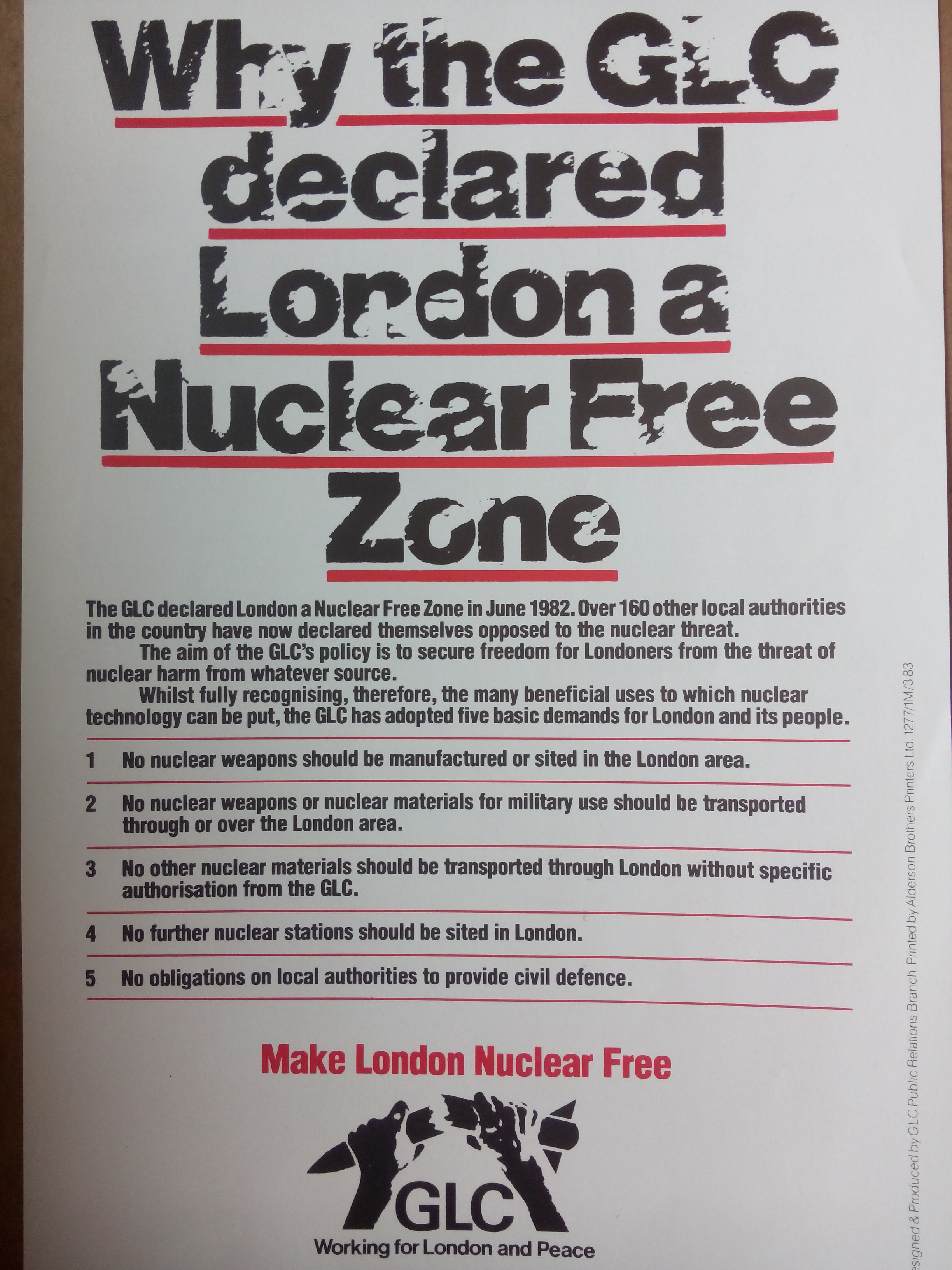 The GLC believed in loony things like not killing everyone in a nuclear war.

Introduction to ‘A Taste of Power’ by Maureen Mackintosh and Hilary Wainwright, 1987: this book looked at the work of the Greater London Enterprise Board in immediately after abolition.There was always a tension in the Enterprise Board’s policies between centralised economic interventions run by the state, and democratising economic policy by giving power over to other people. Sometimes alliances were able to ride out these tensions, sometimes they weren’t. Feminism was high on the agenda, antiracism should have been thought about more. 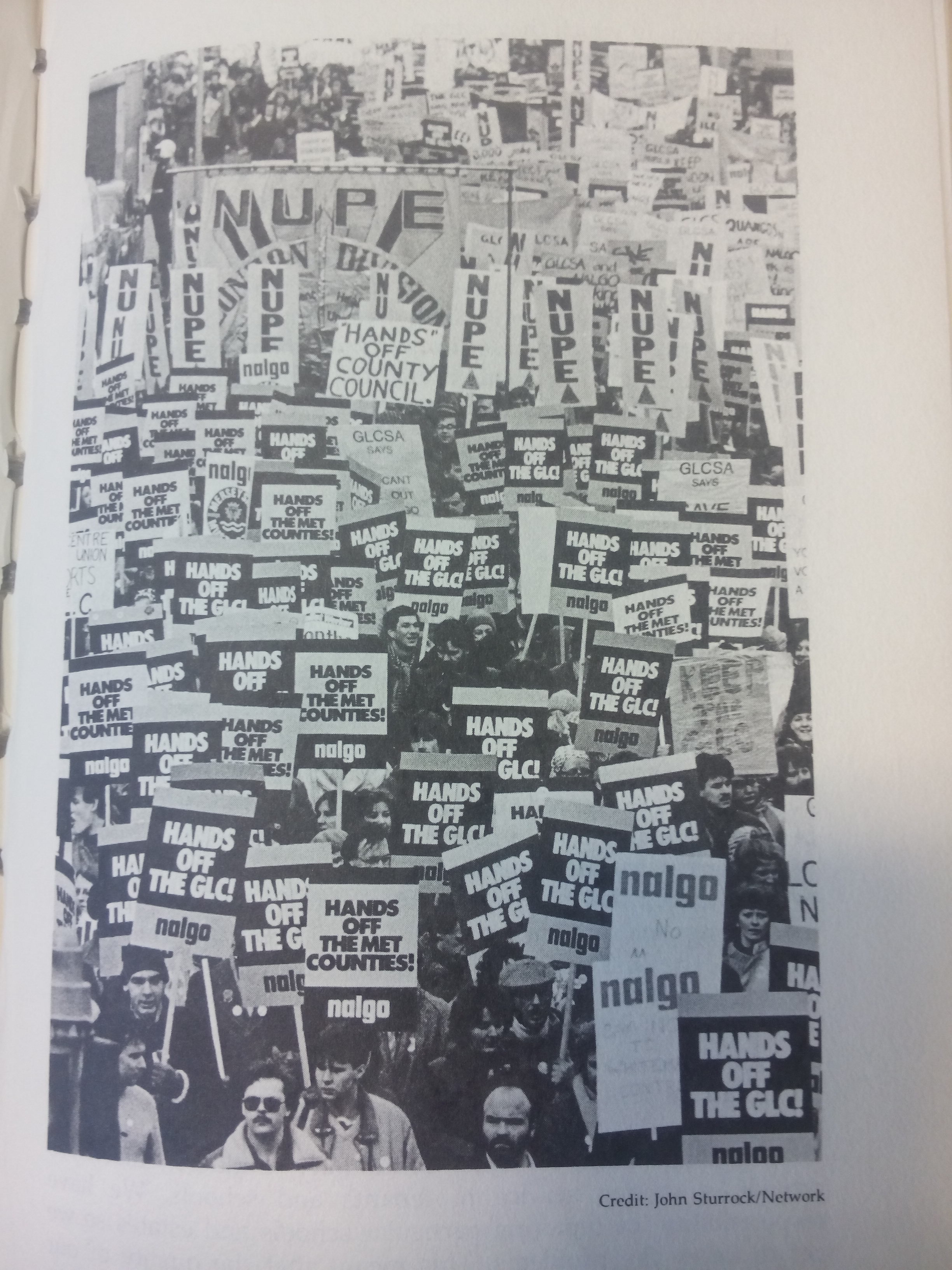 Photograph from a protest to save the GLC, taken from A Taste of Power.

‘The Political Impact of the Media‘ by James Curran, from Culture Wars, 2005: chapter about media coverage of the GLC. The tabloids spent years attacking the GLC is part of the ‘loony left’, but didn’t actually convince many Londoners that it should be abolished. Although the right won the economic war in the 1980s, on social issues lots of ‘loony’ things (like LGBT rights and supporting public transport) have now become mainstream. 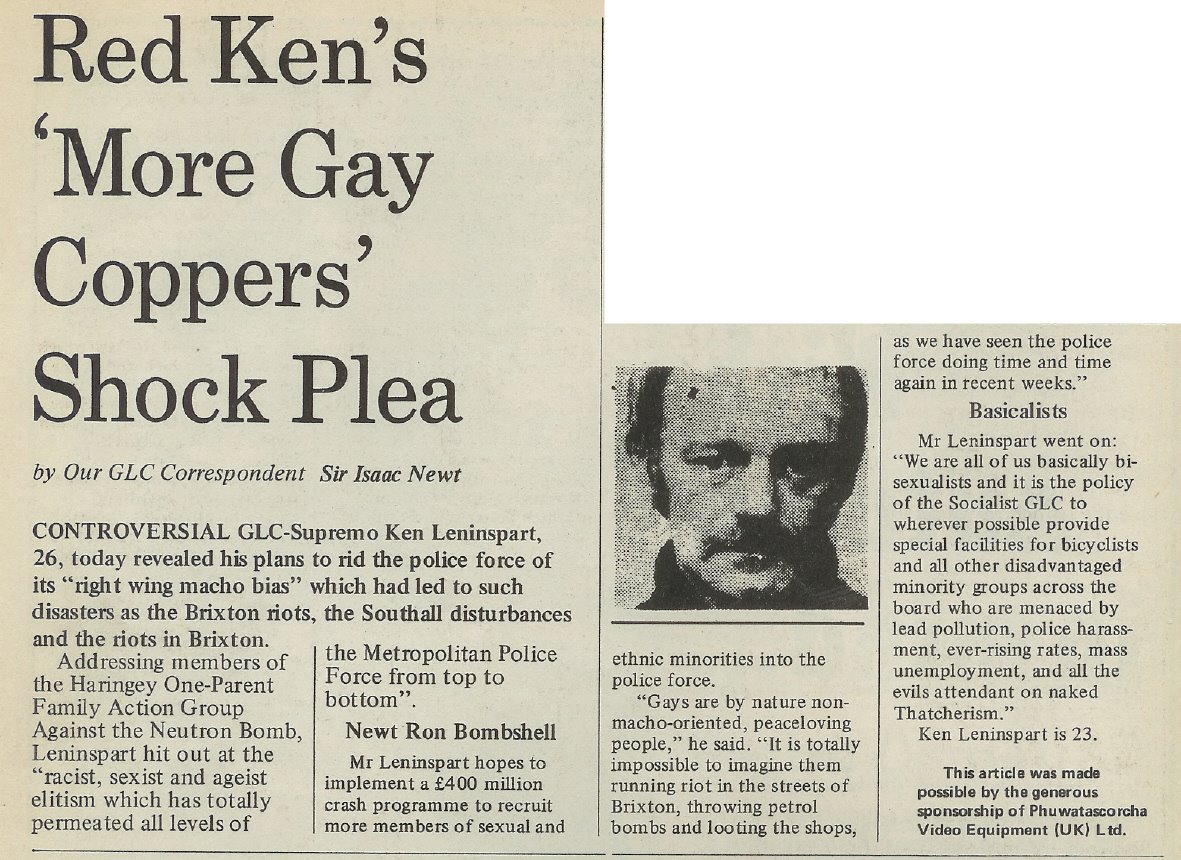 ‘GLC RIP: Cultural Policies in London 1981-1986‘ by Franco Bianchini, 1987: article evaluating the successes and problems of the GLC’s cultural policies. The GLC recognised the importance of cultural policy as part of their political strategy, especially as the traditional forms of organising on the left were in decline. The policies would have been more successful if they had been better connected with the industrial strategy, and if the Labour leadership had been more supportive. 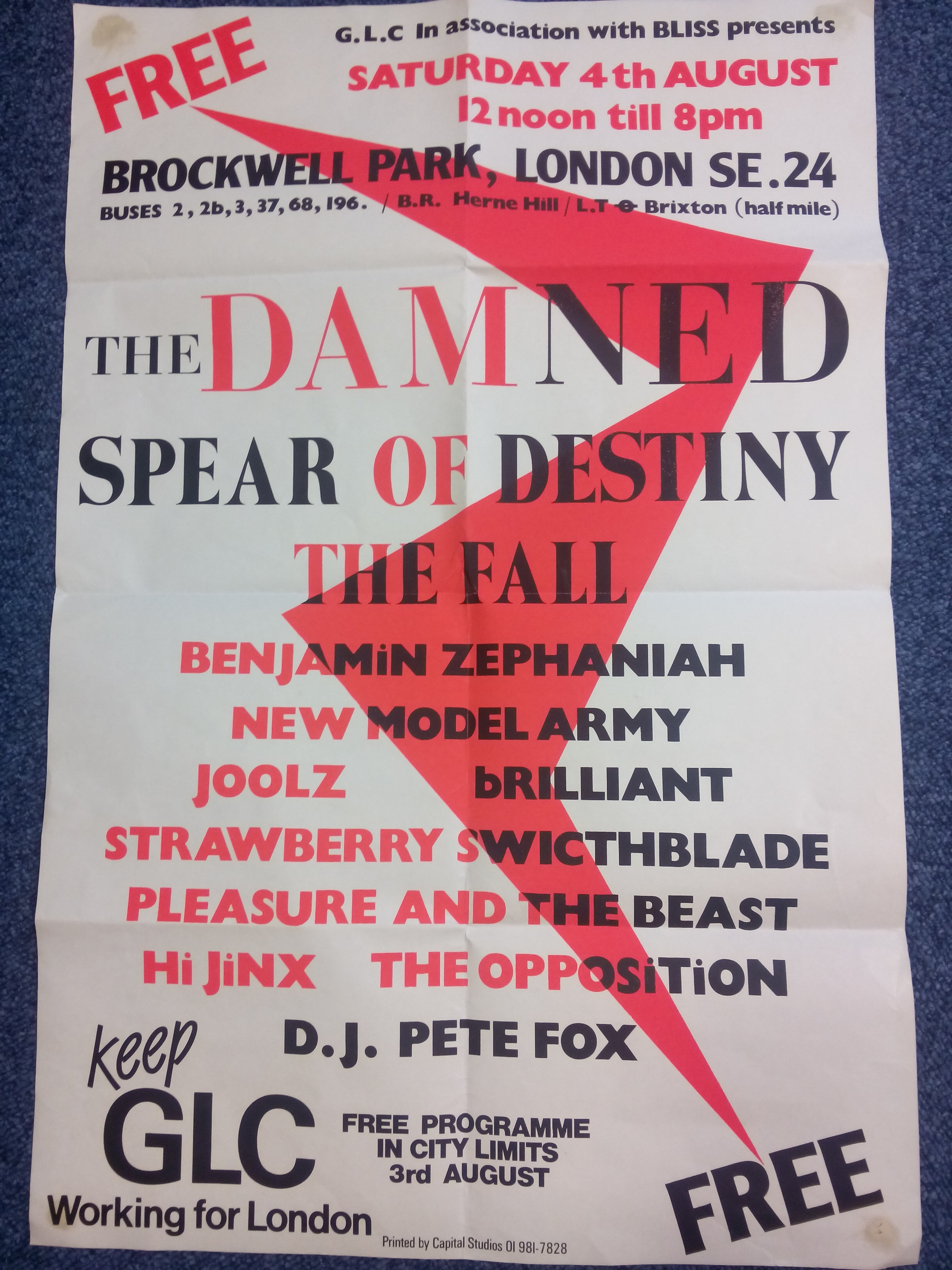 Poster from a GLC-funded festival

‘The GLC and antiracism’ by Paul Gilroy, from Ain’t No Black in the Union Jack (1987): section about the GLC’s anti-racist policies. He’s pretty critical, saying they didn’t really communicate successfully with the white audience they were aimed at, and also failed to involve significant numbers of black people. However, looked at from the perspective of today, it’s noticeable how different they are to public campaigns around ‘diversity’ that rarely talk about racism directly. 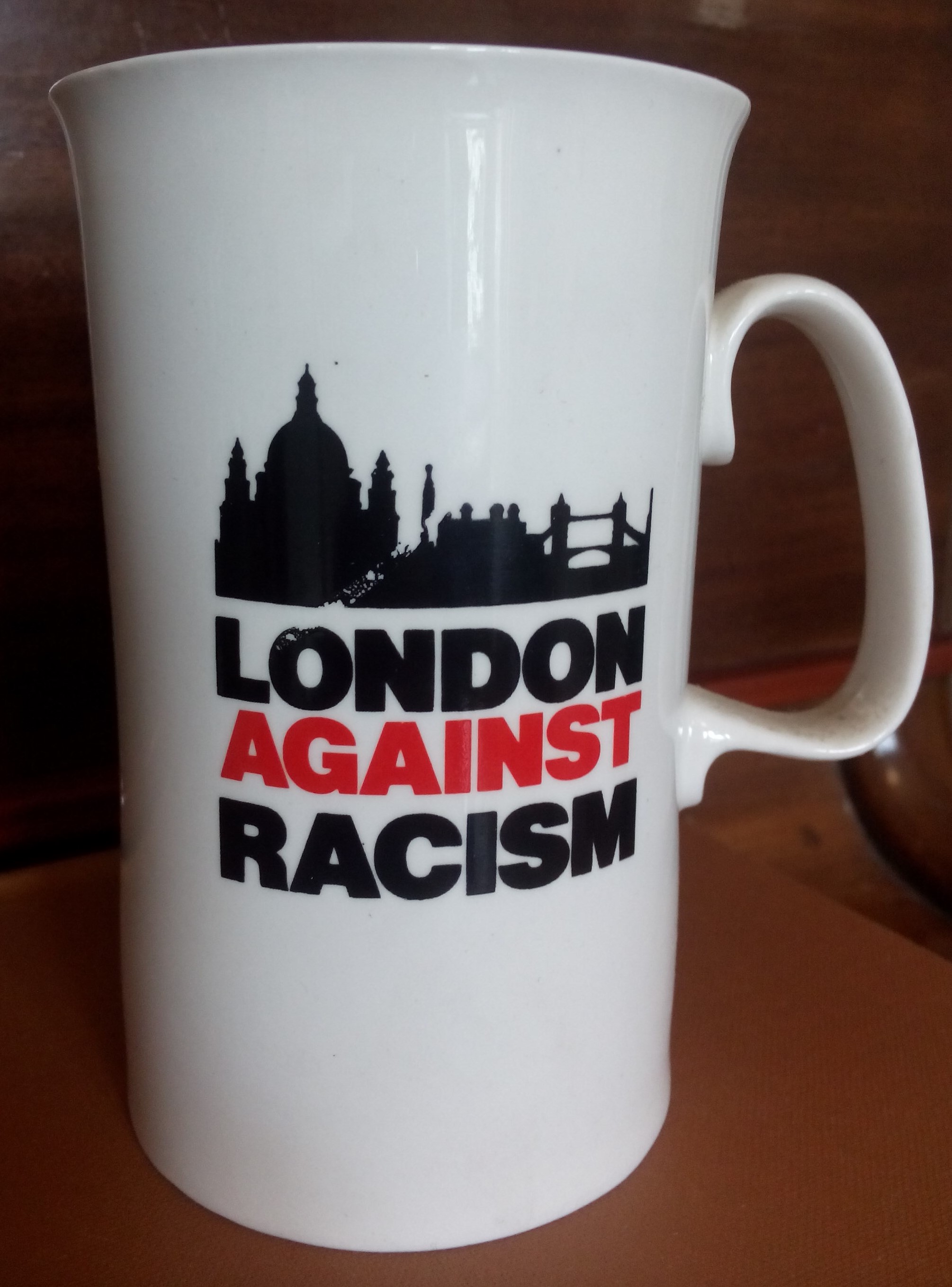 Little compilation giving an idea of the different things the GLC got up to, from running a year focussed on anti-racism and funding police monitoring groups, to creating cycling routes and hosting anti-nuclear art exhibitions. Featuring clips from: The Flying Pickets promo for the 1984 Jobs For A Change Festival; Thames News spot from 1984 about an interfaith service during the GLC’s antiracism year; the London School of Samba performing at Covent Garden in 1985, under the GLC’s street performers policy; clip from Cycling in London about the GLC cycling policies, mid-1980s; Thames News item about an art exhibition during the GLC’s peace year, 1983; a 1982 news spot about police monitoring initiatives funded by the GLC; Ken Livingstone in a 1982 debate held at the GLC.

Kate Bush song about the GLC

In 1990, the BBC comedy series The Comic Strip Presents produced an episode called  “GLC: The Carnage Continues”, imagining a Hollywood action film about the GLC in the 1980s and its abolition. It featured Robbie Coltrane playing Charles Bronson playing Ken Livingstone, Dawn French playing Cher playing Joan Ruddock (from the Campaign for Nuclear Disarmament), and Jennifer Saunders playing Brigitte Nielsen playing ‘the Ice Maiden’ (Margaret Thatcher) – and also this song by Kate Bush. The whole episode is hard to find online for copyright reasons but you can still hear the song with images from the show. It shows how this period of the GLC was firmly part of popular culture – it’s hard to imagine any local government institution being part of a comedy routine today.

1983 film made by the GLC-run Inner London Education Authority, showing some of the schemes being introduced to encourage young women into jobs typically associated with men. Uploaded by the London Metropolitan Archives.